WHAT IS A GENETIC TEST?

Home Blog WHAT IS A GENETIC TEST?
Close

WHAT IS A GENETIC TEST? A genetic test is a type of medical test that detects changes in chromosomes, genes, or proteins. The results of a genetic test can confirm or rule out a suspicious genetic condition, or can help determine a person's chances of developing a genetic disorder or overcoming it. There are currently more than 1,000 genetic tests, and that number is growing day by day.

Different methods can be used for genetic testing:

Molecular genetic testing examines single genes or short DNA fragments to identify variations or mutations that cause a genetic disease.

Genetic testing is voluntary. The decision of doing this test is entirely individual, as the test has benefits, limitations and risks. It is very important for a genetic specialist to make a decision by learning about the pros and cons of the test.

Diagnostic genetic tests are used to diagnose genetic diseases in people who already have symptoms. The results of these tests can help choose a treatment method or other ways to solve health problems. They can also help solve the problem in case of doubt about the diagnosis, giving people the opportunity at least to know what kind of disease they are suffering from.

In most cases, as a result of the test, you can only get an indication of the presence the risk of developing the disease throughout life, but the prognosis cannot be considered accurate due to the fact that environmental factors play an important role in the development of the disease along with genetic ones.

These tests are used to identify people who carry an allele of a gene, associated with a specific disease (eg, cystic fibrosis). There may be no signs of illness, but there is a risk that their children will be ill.

Pharmacogenomic tests are performed to determine a person's susceptibility to a certain type of therapy. For example, some people may need a higher dose of drug, while others may experience adverse reactions to certain medications.

GENETIC TEST WILL HELP YOU CHOOSE THE RIGHT SPORT AND DIET 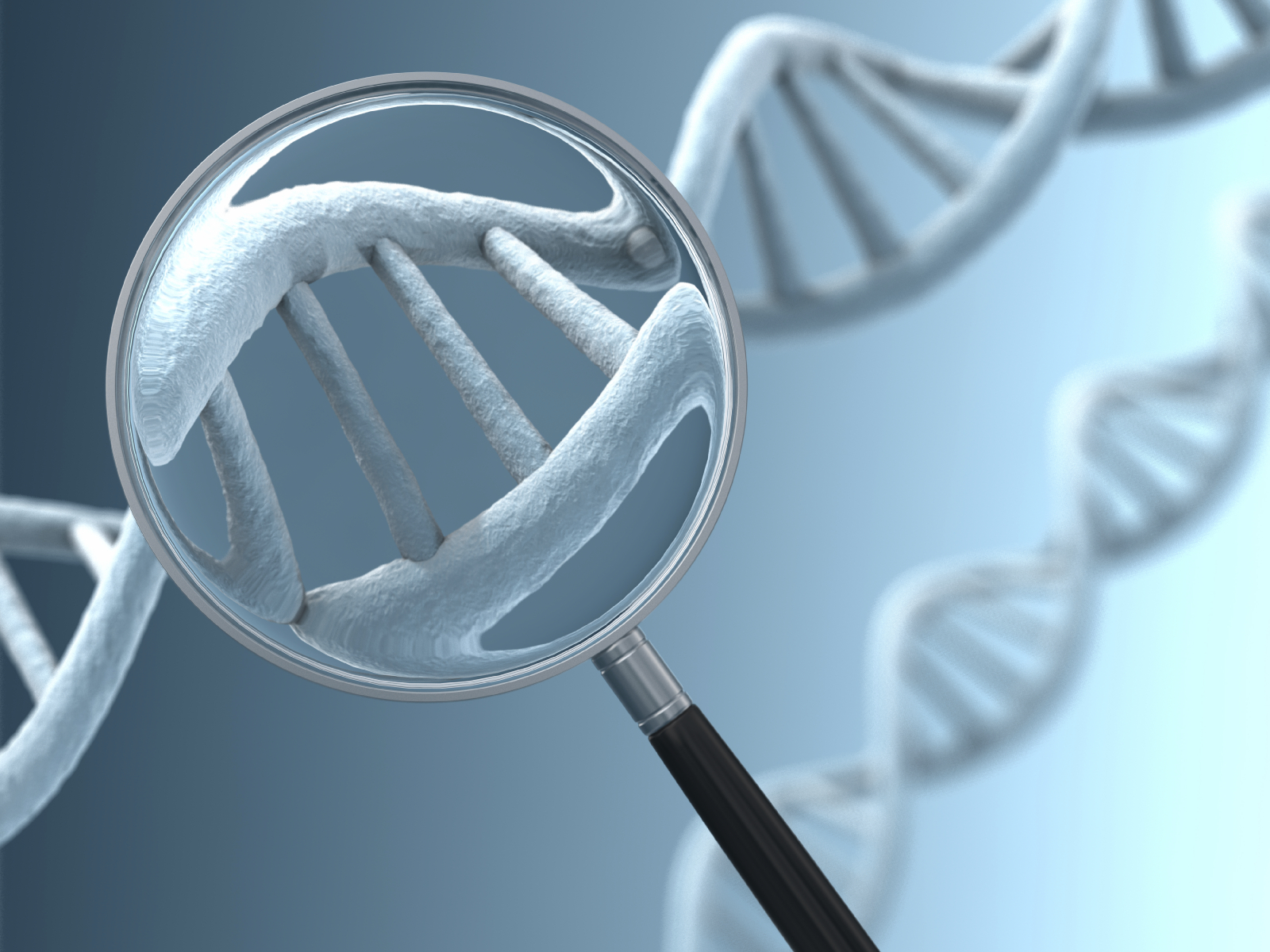 The selection training regimen and nutrition, taking into account human genetics will help to achieve the best results and minimize possible health risks.

Science in the field of genetic research makes it possible to create genetic passports. Indeed, over the past couple of decades, not only has deep knowledge of how the human body functions has been discovered, but testing technologies themselves have become more accessible.

Is it possible to understand by DNA what kind of sport is worth doing?

DNA can also "tell" a lot about a person's predisposition to certain sports. Of course, it never looks like a specific list of activities. But it is genes that make it possible to trace the path along which the ancestors of man developed, and therefore, for what conditions this organism is best adapted.

In other words, according to a person's genetic characteristics, one can understand his adaptive potential in terms of stress, how hard his body is, how quickly the muscles recover after intense exertion, and also how effectively the cardiovascular system is able to respond to different types of stress.

Does a genetic test help you make a meal plan?

An active discussion is underway about the advisability of genetic testing for the selection of food. However, genes have been shown to play a significant role in the characteristics of basic metabolism, fat and carbohydrate metabolism, vitamin metabolism, reactions to food and food intolerances. In addition, DNA contributes significantly to the risks of developing metabolic disorders and diseases.

When a person tries to normalize weight without taking into account the real processes taking place in his body, for example, by simply restricting himself in food, the risks of chronic deficiencies of important components increase, and there is also a risk of developing serious pathologies. Therefore, an optimal diet is one that takes into account individual characteristics up to the peculiarities of eating behavior and a tendency to overeat. As a result, weight is reduced much faster, and all systems of the body come to balance.

Thus, it is not enough just to undergo a genetic test; a person must receive comprehensive recommendations about diet and physical activity. The analysis report contains only general conclusions drawn from the DNA analysis. Therefore, testing should be accompanied by the consultation of a physician with the skills and experience of working with the results of genetic research.

Despite the fact that genetics does not change throughout life, the selection of a suitable diet and training regimen should take into account the state of the body at a given point in time. Only a doctor is able to carry out a full diagnosis for general complaints, weight problems, chronic diseases, nutritional deficiencies, etc. He compares the information received from the patient with the data on his genetics and only after that he develops a plan for individual correction or prevention.

Genetic test "Endocrinology" is used specifically to discover the secrets of your hormonal system and bring it into balance. With the help of this genetic test, it is possible to fınd out a person's individual reaction to hormonal drugs, how effective the treatment will be and in what doses a particular drug is needed. Side effects from the cardiovascular system are common when taking hormonal drugs. DNA test will help determine the genetic risk of thrombosis, as well as the likelihood of complications as a result of impaired detoxification processes in the body.

It's natural to worry that a baby might be born with some kind of illness or abnormality. Genetic screening before and during pregnancy will let you know about possible health problems in your baby. Genetic tests can detect conditions such as Down syndrome, neural tube defect (Spina Bifida), Edwards syndrome and Patau's syndrome, cystic fibrosis, sickle cell anemia, Tay-Sachs disease, thalassemia, and a number of other congenital abnormalities.

How this genetic test can be useful?

When considering whether to make an accessible test or not, keep in mind the following reasons:

Genetic screening is not dangerous for your unborn baby.

Screening tests performed in the first trimester can detect about 85% of cases of Down syndrome.

Some common types of tests are:

Screening for the carriage of hereditary diseases. This test is a routine blood test that can be done by both parents to see if one of them carries genes that are characteristic of certain inherited diseases. For example, such as Tay-Sachs disease, sickle cell anemia, cystic fibrosis, etc. As a rule, such an analysis is taken in preparation for pregnancy, but it can also be taken during pregnancy.

Screening for neural tube defects or chromosomal abnormalities. These tests are done at different times during pregnancy and allow the doctor to assess the child's risk of having a neural tube defect (such as spina bifida) or a chromosomal abnormality (such as Down syndrome). Screening is indicated for all pregnant women and includes a blood test and an ultrasound scan. These tests are not harmful to the child.

Genetic tests by trimester of pregnancy

There are a number of tests that can be done during the first or second trimester of pregnancy. Your doctor will be able to advise you on which tests are indicated and available to you.

Diagnostic tests. This type of research is usually prescribed if the screening has revealed an increased risk of a genetic disease. During them, the cellular material from the uterus is analyzed and, as a result, a diagnosis is made. A blood test is taken from woman, which shows child's risk of having a chromosomal disorder.

The test is performed between the 10th and 14th week of pregnancy. A blood sample is taken from woman for analysis of serum proteins in order to detect Down syndrome and other malformations.

Chorionic villus sampling is a prenatal test that examines the cells of the placenta. It is not prescribed as often as amniocentesis. Chorionic biopsy can reveal genetic disorders such as Down syndrome, Tay-Sachs disease, sickle cell disease, fragile X syndrome, and cystic fibrosis.

Since there are hundreds of different cancer-related genes and there can be many different changes in each gene, the type, number, and combination of gene changes make cancer unique to each person.The analysis is able to identify the currently known genetic changes associated with the formation of cancer.

The results of the analysis can help to determine whether targeted treatment can be used for a specific genetic type of cancer, and which method of treatment can provide the best result.

It is important to understand that while tumor genome analysis provides valuable information to aid in making informed treatment decisions, it cannot be guaranteed that any recommended treatment will actually work. This is because cancer is a complex disease caused by several factors and the response to treatment varies from person to person. WHAT MAKES OUR GENETIC TEST UNIQUE

The genetic test for the selected panel is done once and its results will be relevant throughout life.

The test results provide you with key information about your genetic predisposition to disease. The calculation of genetic health risks is a science intensive process and is performed using so-called gene networks. Researchers select a list of genes whose relationship with a specific indicator has been proven in large population studies. Then, using a complex analysis, their relationship and complex impact on the body are assessed. The resulting "formula" is just used to assess the risks and capabilities of a person.

The question of interpretation of the results obtained, that is, the most reliable explanation of the effect of one or another change in DNA, is considered a kind of challenge for geneticists. Scientists around the world are constantly working to determine the influence of individual genes and gene networks on the functioning of the body - some effects have already been accurately established and proven, and some are in the process of being studied. HOPE in CUBA for Cancer Patient

What would happen if though putting right scientific and medical minds together, the least likely source of expected innovation, comparing to USA or Europe, would develop a vaccine, a cure the world is craving for, which could potentially save or prolong Millions of lives and could possibly eliminate the leak that lung cancer is worth the global economy? 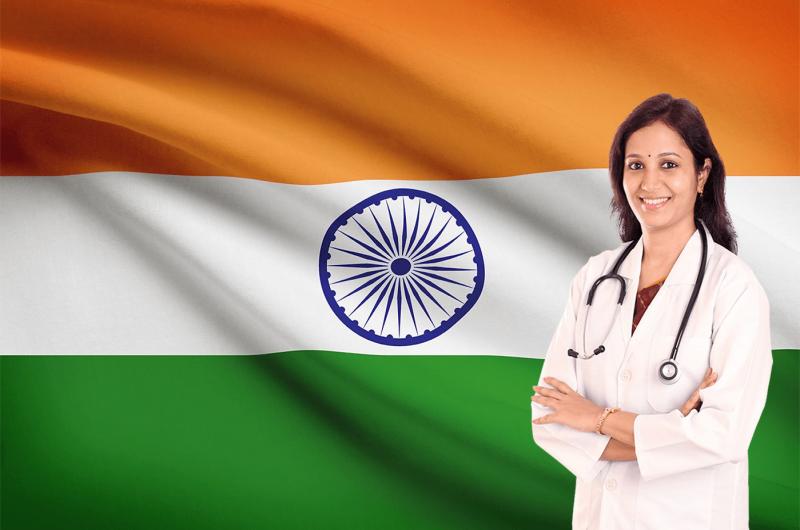 India’s medical tourism industry is expected to grow in size by more than a double, from 3 billion USD hitting 8 billion USD by 2020, according to Ministry of Tourism statistics. As the country tries to expand industry government tries to make it easier for patients to come from all around the world, providing e-visa application, also attracting buyers with advanced facilities, skilled doctors and low-cost treatment. 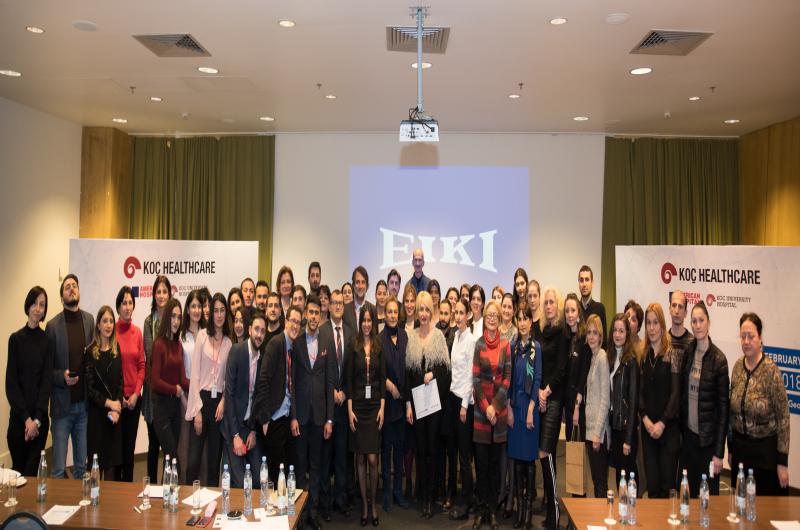